TATA IS BUILDING AN INDIAN ZARA WHERE EVERYTHING IS CHEAPER

For nearly a decade, Tata Group has been Inditex SA’s partner running Zara stores in India. Now, the country’s largest conglomerate is building its own apparel empire as trend-focused as Zara -- but at half the price.

Its retail arm, Trent Ltd., has fine tuned its local supply chain to deliver “extreme fast fashion” which can get runway styles to customers in just 12 days, the same compressed timeline that’s turned Inditex into a $90 billion empire. Zara owner, the world’s largest apparel retailer, is known for its lightning-quick product turnarounds and bringing new designs from the drawing board to store shelves in just a few weeks.

Trent now plans to open 40 outlets of its flagship Westside chain every year and hundreds of its mass market Zudio stores, where nothing costs more than $15, across India, said chairman Noel Tata in an interview in Mumbai. The target audience: a consumer population that is newly trend-conscious and globalized, but whose low average incomes means that clothing from Zara itself is still mostly out of reach.

While Trent was founded in 1998, it’s only recently started ramping up store expansion efforts in response to growing demand.

“The middle class is growing, incomes have grown, Indians are traveling more and they have more money to spend,” Tata said. “Now that we’ve built this capability and this model that’s working so well, it’s time to grow faster.”

Trent, part of the $111 billion salt-to-software Tata conglomerate, is hoping its quick and responsive supply chain will help it become as ubiquitous in Asia’s third-largest economy as Zara is in the West. But it’ll need to fend off competition from both local brick-and-mortar stores as well as e-commerce giants to do so.

India’s total household spending will quadruple from $1.5 trillion now to $6 trillion by 2030, making it world’s third largest consumer market, according to a January report from the World Economic Forum. 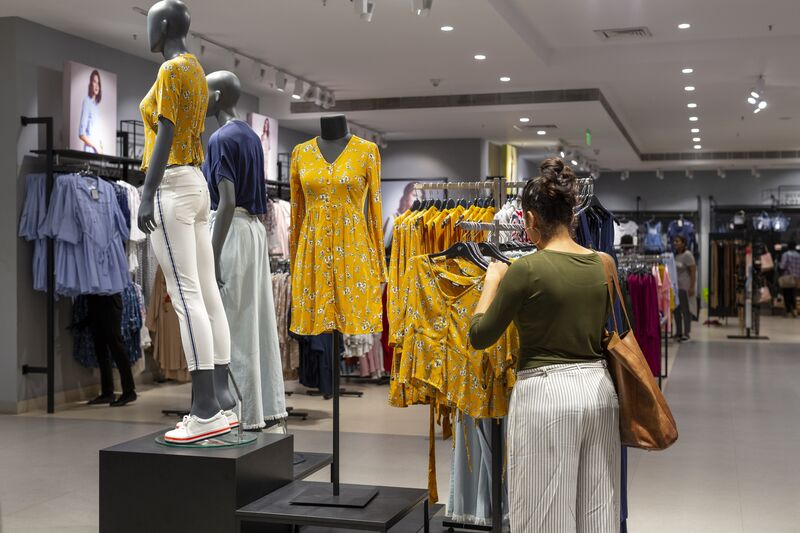 The population’s “sense of fashion” has evolved, especially over the last three to four years due to smartphones and Internet data penetration, said Abhijeet Kundu, an analyst with Antique Stock Broking Ltd. “Every consumer wants to wear the latest fashion. Even if that consumer is from a smaller town, he will try to dress like a movie actor.”

That’s why Trent does sprints once a month: turning a trend spotted on Instagram or a foreign catwalk into a limited run in select stores in 12 days. If the product does well, it goes into a full run, which usually takes 60 days to go from designer’s sketches to store shelves.

Increasingly, the retailer is finding it can slash that time to 40 days, using Zara-inspired tricks like holding fabric stock itself, Tata said.

While India’s fashion consciousness has surged, its purchasing power hasn’t kept pace. Less than a quarter of Indian households had annual incomes of $8,500 or more in 2018, according to the WEF report, putting brands such as Zara or H&M beyond the reach of most consumers.

Trent’s lower prices are a better fit. “The value proposition we offer is much stronger than the international brands,” Tata said.

Trent is hiring employees who can pick the next trends and introduces 300 new styles across its stores each week, said Kundu. It spends 65% more on personnel per square foot than its Indian competitors.

All 11 analysts who track Trent’s stock recommend buying it. The stock has advanced 13% this year while comparable Indian fashion retail chains such as Aditya Birla Fashion and Retail Ltd. and Shoppers Stop Ltd. have either lagged or declined. 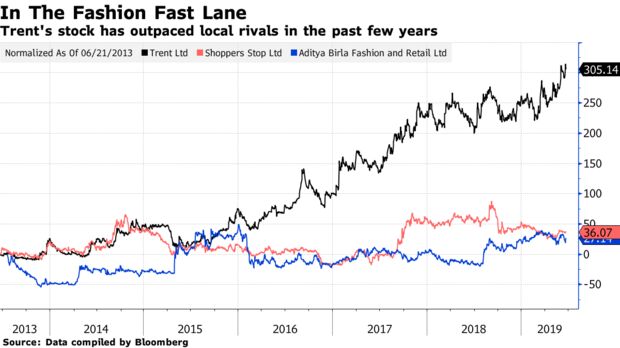 That comes after five straight years of annual gains during which Trent’s stock appreciated 143% compared to a 31% rise in the benchmark S&P BSE Sensex. The company’s operating profit margin has nearly tripled since 2014.