However, with the launch of platforms like ARKit from Apple and ARCore from Google for the augmented reality application development, AR technology has become accessible to both medium and small retail companies.

What raises the demand for AR technologies in the retail sector?

The essential reasons that raise the demand for augmented reality in retail are:

The growth of online sales market.

Meanwhile, the online sales market is steadily growing. We can trace this trend in the graph below.

The increase in the share of sales through mobile phones and tablets.

In digital retail, the focus shifts to selling through smartphones. According to PwC’s Global Consumer Insights Survey, the share of online sales through mobile phones has grown from 7% in 2013 to 17% in 2018. While desktop-based sales share decreased from 27% to 20% during this period.

The emergence of accessible augmented reality frameworks, in particular, ARKit.

One of the greatest drives for the extensive use of augmented reality in retail was the release of ARKit in June 2017. Apple’s ARKit is a framework that allows developers to create various augmented reality applications for iOS easily.

The latest release of ARKit 2.0 in June 2018 can revolutionize the development and distribution of augmented reality applications.

The new version of ARKit technology provides high accuracy of tracking the phone’s position in space and recognition of planes in the surrounding world. Thus, ARKit 2.0 creates much greater opportunities for the developers of AR apps.

As reported by Apple, the number of active iPhones in 2018 is about 880 million. It means an enormous progressive audience, to which you will get access, using ARKit technology to create your augmented reality applications.

What types of AR are growing in the retail sector?

Today, AR apps for interior design are the most popular. These augmented reality apps make it possible to understand whether some piece of furniture fits in the proper place and how it will look in the existing interior, or choose the perfect color for the walls without using the professional designer’s services.

Presumably, the branch of AR apps for design will continue to grow, as users are more willing to buy goods from companies that have augmented reality applications for the interior design. 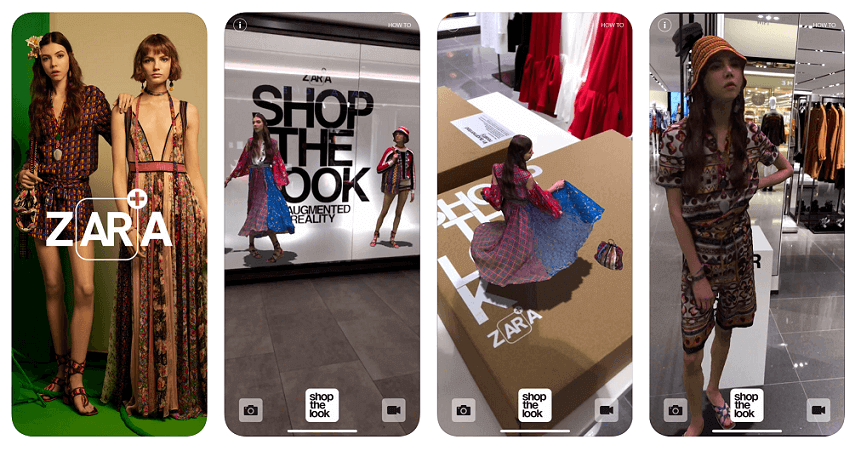 How much money is on this market?

According to Research and Markets, it is expected that the augmented reality share in the retail market in 2018 will equal $1155 million. And by 2023, this amount can reach $7951 million.

This market shows a steady upward trend due to the increasing interest of consumers in using AR technology. 69% of 18-24-year-olds are more likely to purchase from companies that use the augmented reality to promote their products, according to the Digital Bridge statistics.

At the same time, for business, the entry barrier for the use of augmented reality significantly lowers. ARKit technology gives sufficient opportunities for small companies to promote their products with AR.

It is expected that with the further development of AR technology, the cost of augmented reality development will only reduce. Thus, AR campaigns in retail will significantly increase.

Today is the right time to build an AR app

Therefore, today it is worth thinking about augmented reality application development in the retail sector. With the AR app, you will be a progressive retail company attracting more and more customers.

If you are planning to apply AR Platform, we can help, pick your phone and call us now!