The cashierless, tech-heavy store that uses an app, cameras, and sensors to determine what customers take off shelves — and charge them appropriately — has finally landed in New York.

The 1,300-square-foot store keeps everything that has been pioneered at Amazon's other 11 Go stores and adds one more: the ability to pay in cash.

"We're learning. We're going to see how it goes, iterate on it based on customer feedback, and then eventually roll it out to all our stores."

Cashierless joints like Go have been under scrutiny from state and local governments for excluding the ability to pay in cash, which would not allow the unbanked — those without a bank account or credit card — to shop in the store.

Massachusetts, Philadelphia, and New Jersey all require or will require stores to accept cash, and cities like New York and San Francisco are considering following suit.

For Janes, the driving factor was just getting customers in the door without any barriers.

"Adding more payment methods enables more customers to shop in the store. And that's great for customers and great for us," he said.

Still, it goes without saying that the best way to shop in the store is still by using the app, as that is the way Amazon originally intended it. Plus, it's why Amazon is pinning at least some of its physical hopes on the Go format.

Amazon's newest Go store opened in Lower Manhattan on Tuesday, and it's the first of the bunch to accept cash. 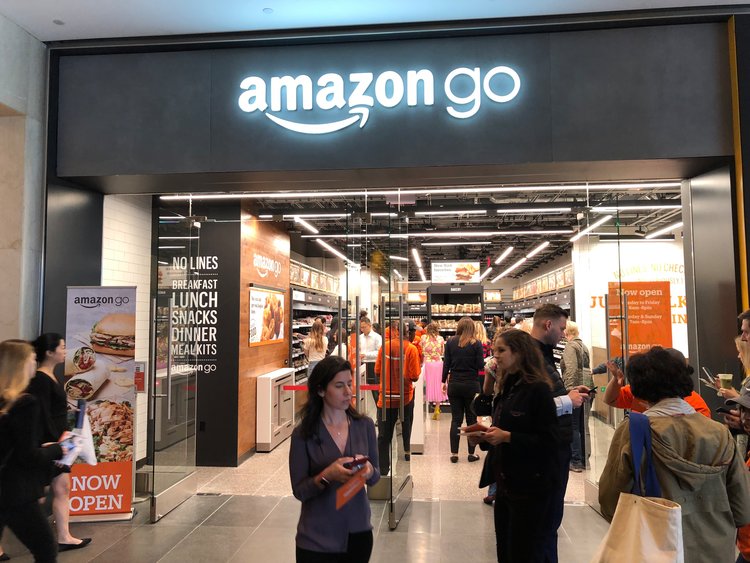 It, of course, offers Amazon's famous "just-walk-out" shopping tech. For that, customers scan their Go app when they enter the store, and they are charged for what they take when they leave. But, I wanted to see what it's like paying cash. 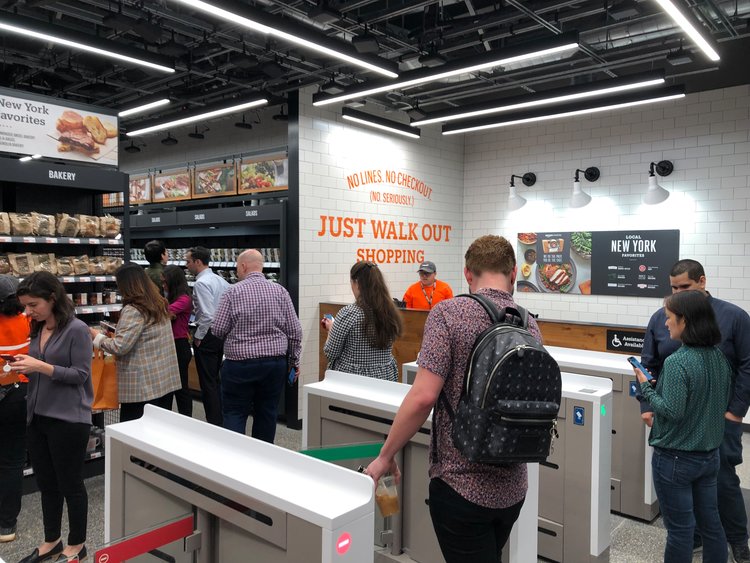 In order to do so, I had to get the attention of an employee. Easy to find — they're all wearing bright orange sweatshirts with Amazon Go stamped all over it. There are no instructions on the wall or any indication that paying with cash was possible, but I saw from news reports that Amazon had touted it. 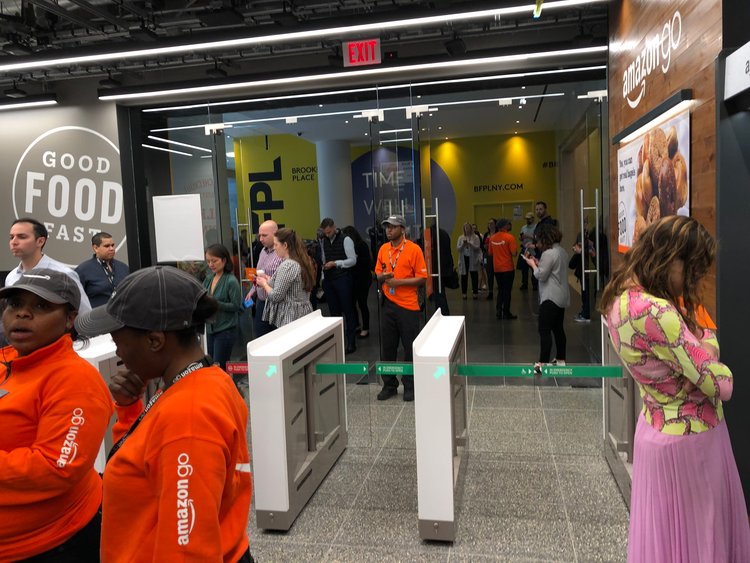 The employee I found in turn asked another worker to let me in. He then scanned his own phone so that the doors swung open and I could walk in without registering into the system. The first employee let me know she would be waiting at the cash cart in the rear, and that I could shop as normal. 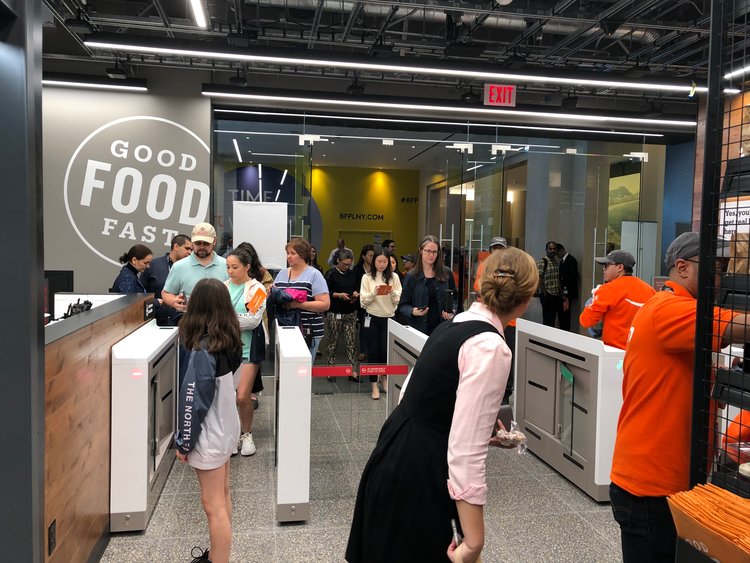 I knew I didn't want to take too long since she would be waiting for me. The store is not that big, and the rows of items are grouped purposefully and arranged meticulously. 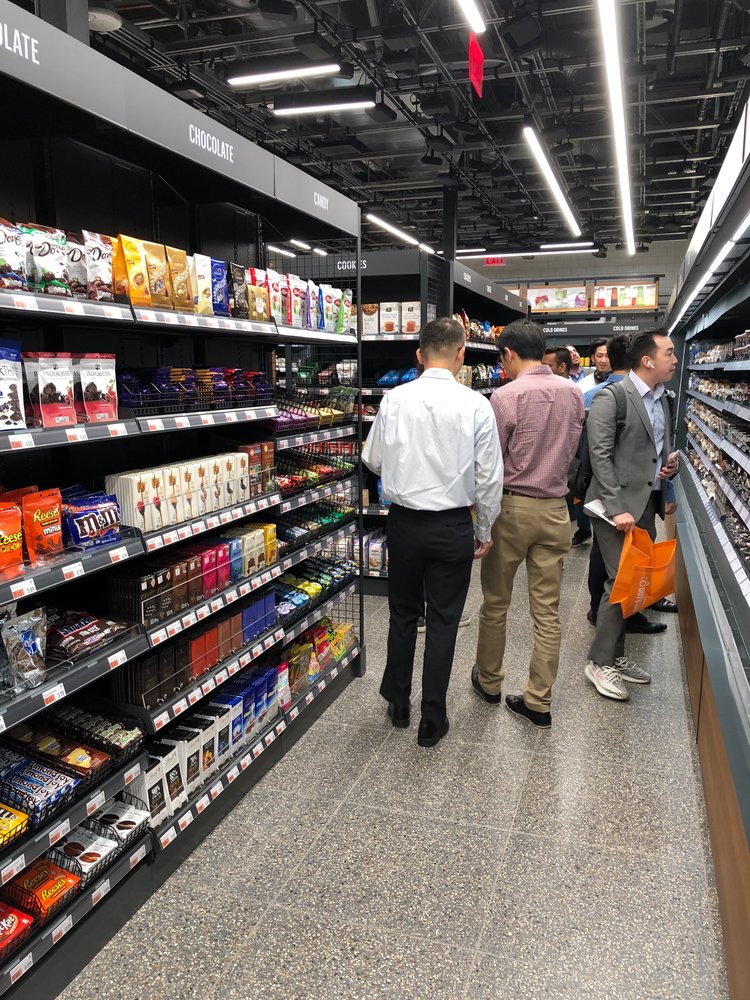 The aisles are narrow, but people are constantly moving up and down them trying to get in and out of the store quickly, so even on its first day of operation, the size was not a big deal. 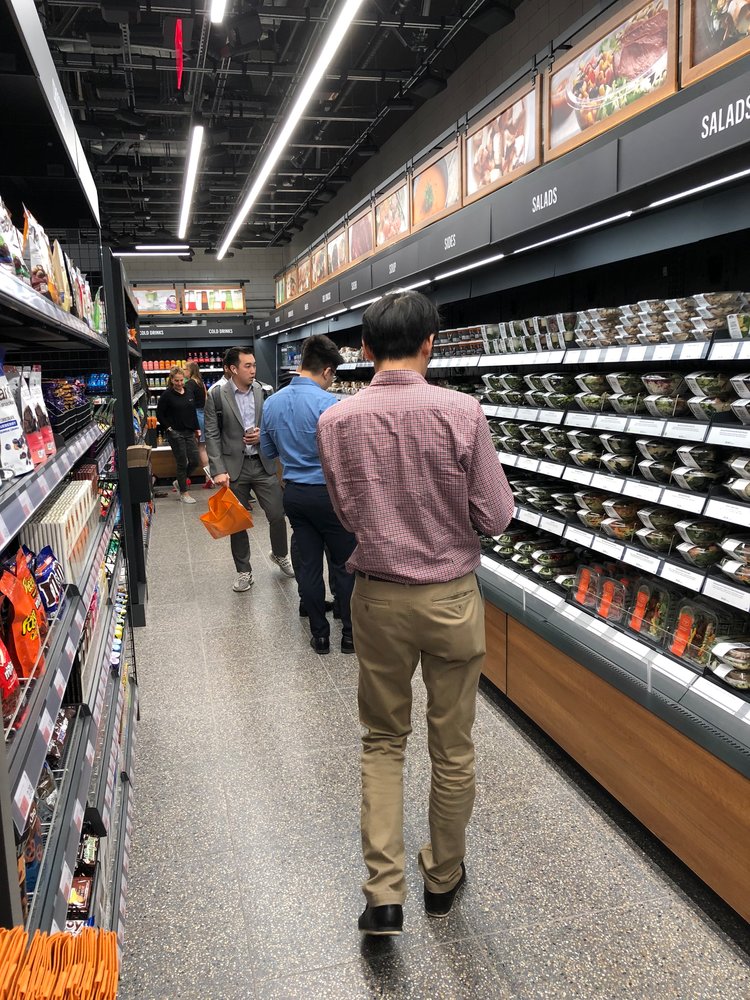 In addition to prepared foods, snacks, and drinks, the store also has a limited selection of essentials that you might also find in a convince store, like eggs, milk, peanut butter, and Advil. 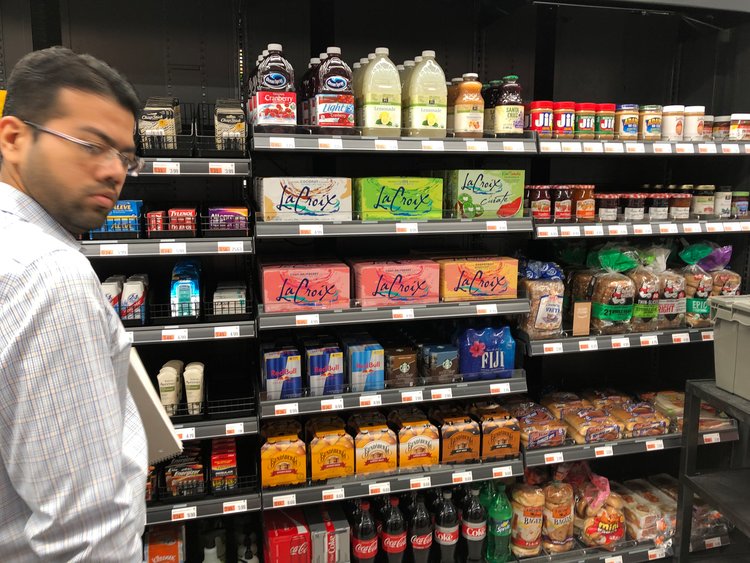 Since it was 9 a.m. and I was looking for breakfast, I considered a sandwich or a yogurt, but they sounded too heavy. 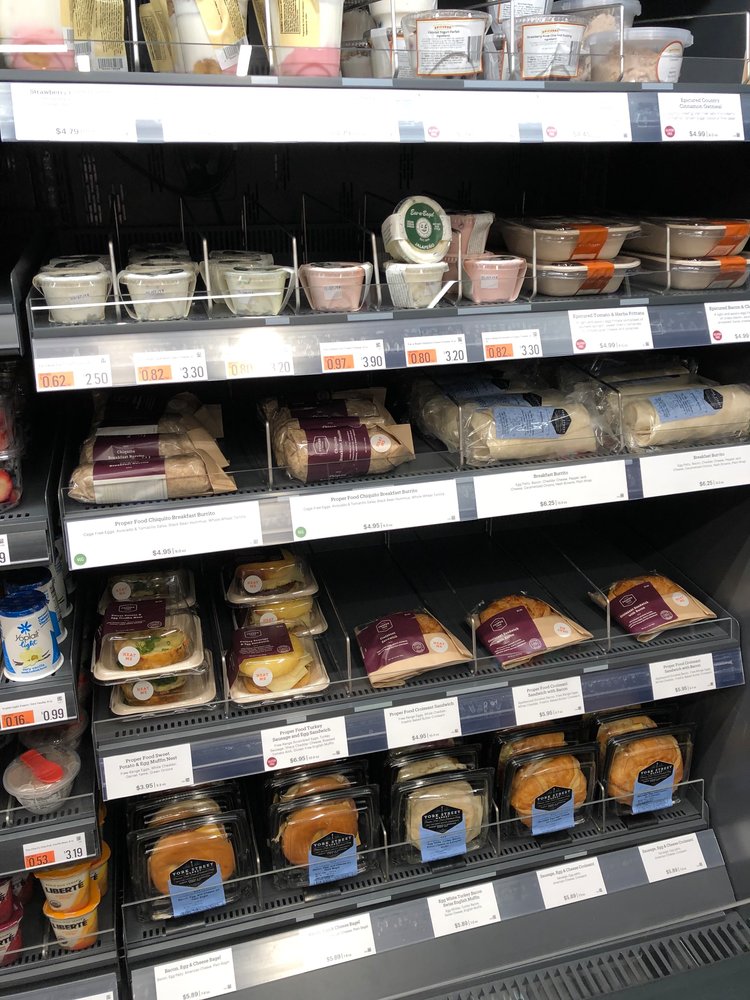 A bagel sounded really good. The bagels this Go store carries are from Ess-a-bagel, a famous bagel house that I don't get to go to as much as I'd like due to its location on the Upper East Side of Manhattan. Having this to-go variant a few block from the Business Insider offices could prove dangerous. 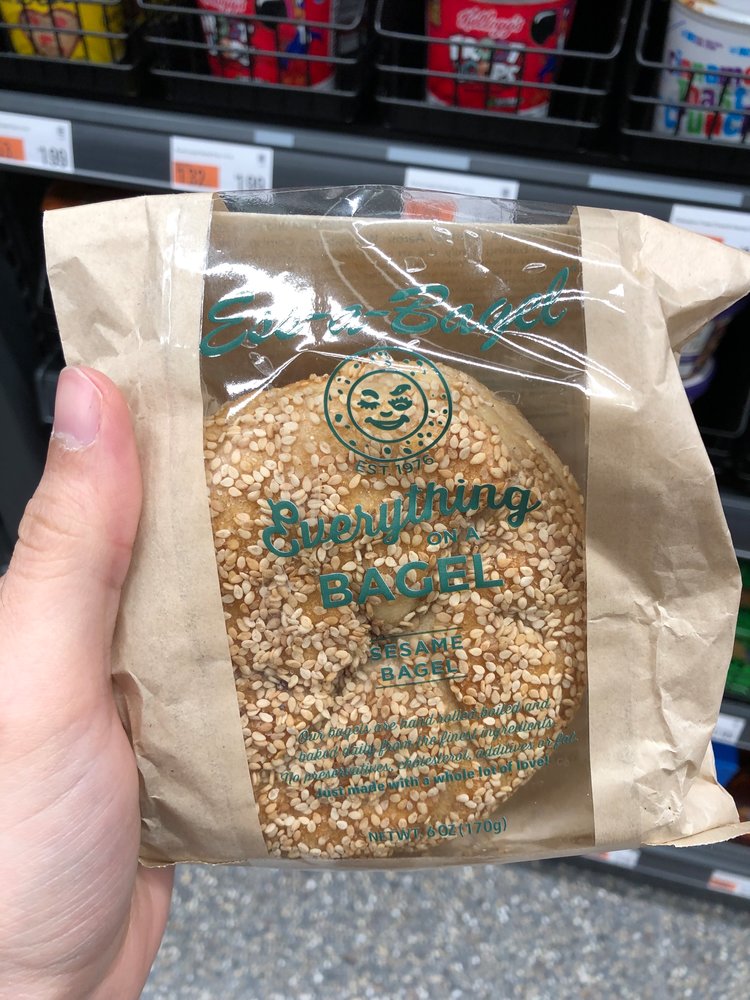 This is the cash cart. Amazon did not want a photo of its employee at the cart or of the Clover Flex device it uses to scan items. 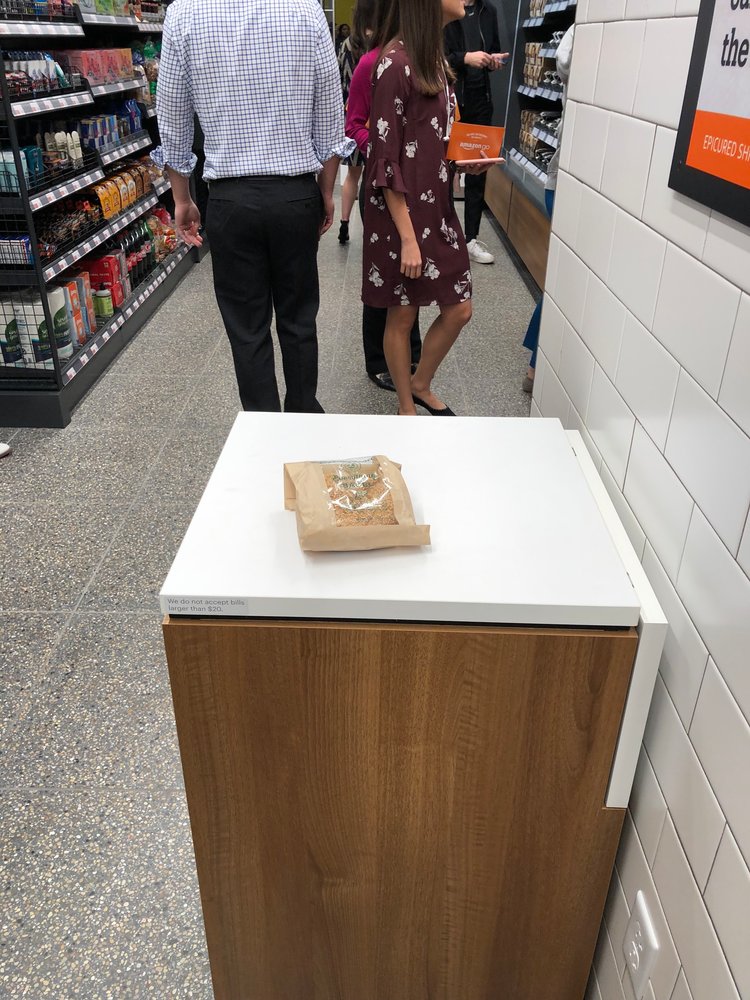 The associate was indeed waiting for me. There are not many places to hide in the 1,300-square-foot store, however. Once scanned, I paid $1.50 for my bagel with a $10 bill, and a change drawer opened. 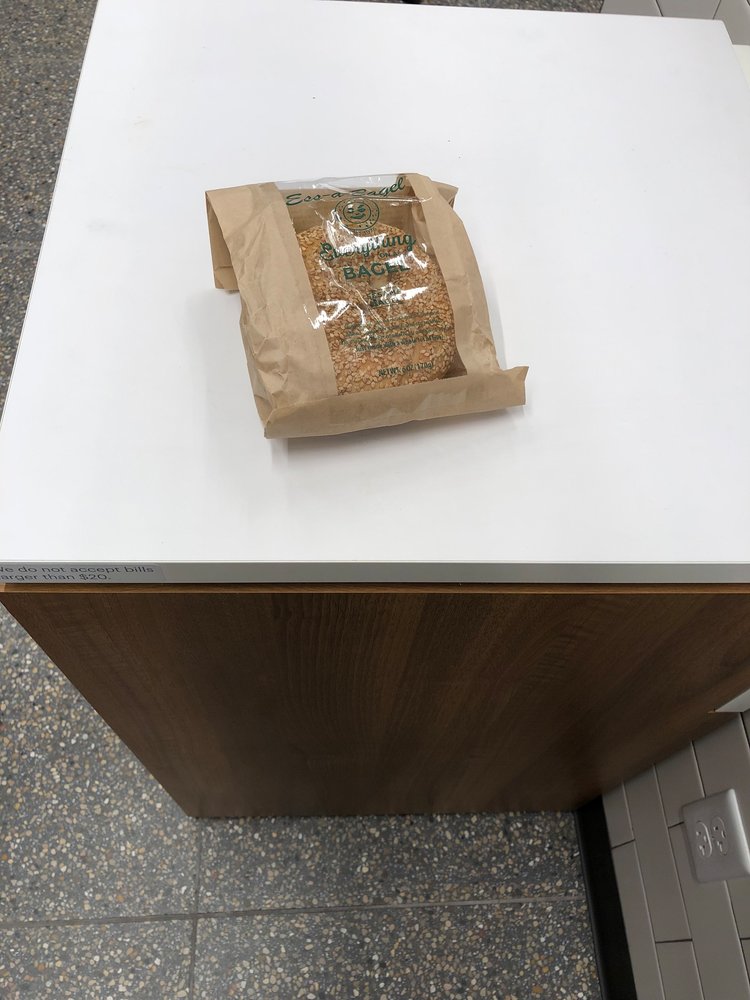 The experience wasn't nearly as seamless as the "just-walk-out" shopping Amazon Go is famous for. After all, the whole point of the store — eliminating friction — is lost if people are lining up and paying cash. But it's nice to know that Amazon has a contingency plan that actually works so that nobody is left out, no matter how they wish to pay. 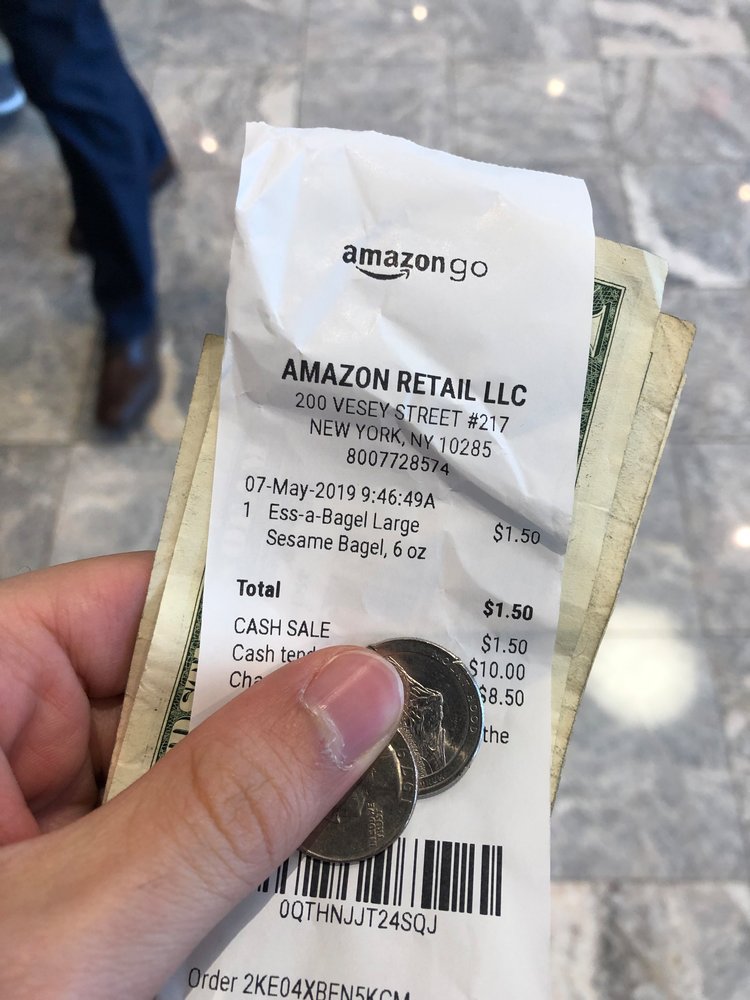 WHY DO CONSUMERS PREFER DIGITAL BANKING?